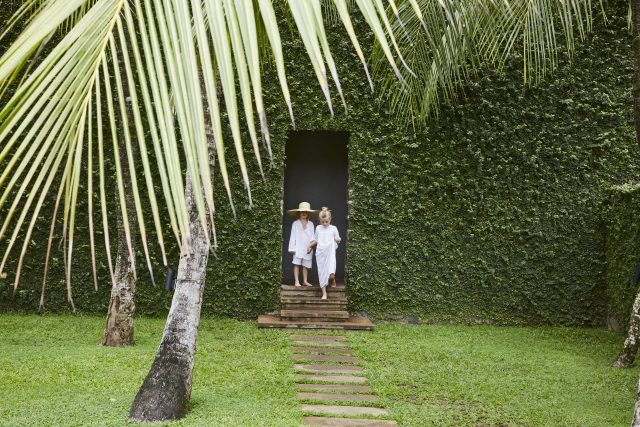 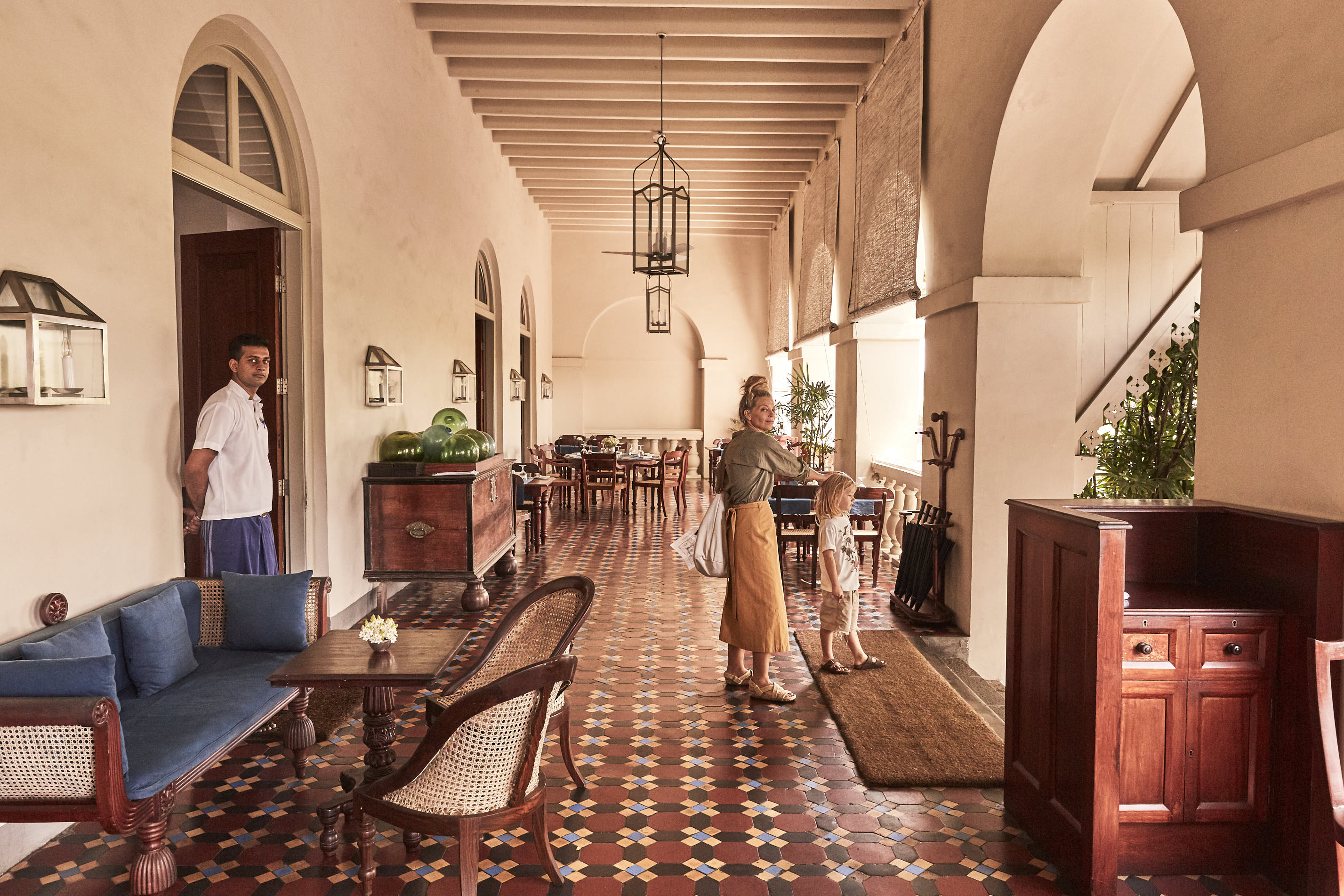 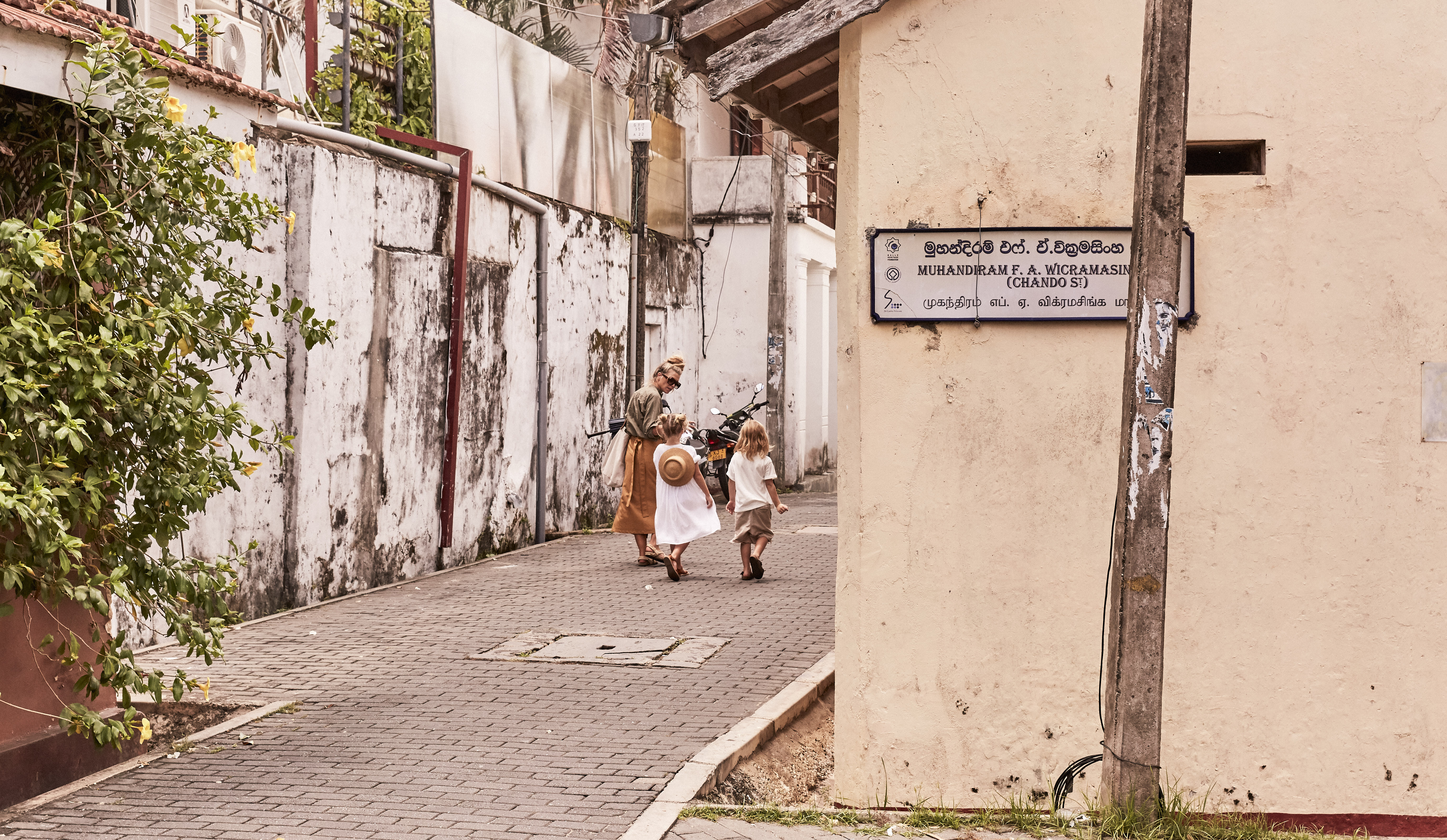 We landed in Sri Lanka for the very first time. That exciting feeling when you first land somewhere completely new was making us all feel a little giddy. That was, until we got to customs and found there was a problem with one of our visas. Oh mine, great. Just a little typo with my age. Note to self, visas do not care how old you are.

Walking through the airport we were met by a surprising amount of stores selling white goods (yes, I literally mean household white goods like dishwashers and refrigerators) which I thought was very handy for those looking for that something special to take home to loved ones. Through the departure gates, the island heat was waiting, the kind that hits you all at once and feels and smells so familiar even though this place is far from that. Luckily, remedies were on hand with our gracious Amangalla driver who came equipped with lemon scented towels, an air conditioned van and ice cold coke. (Don’t pretend you don’t love drinking coke in tropical places). 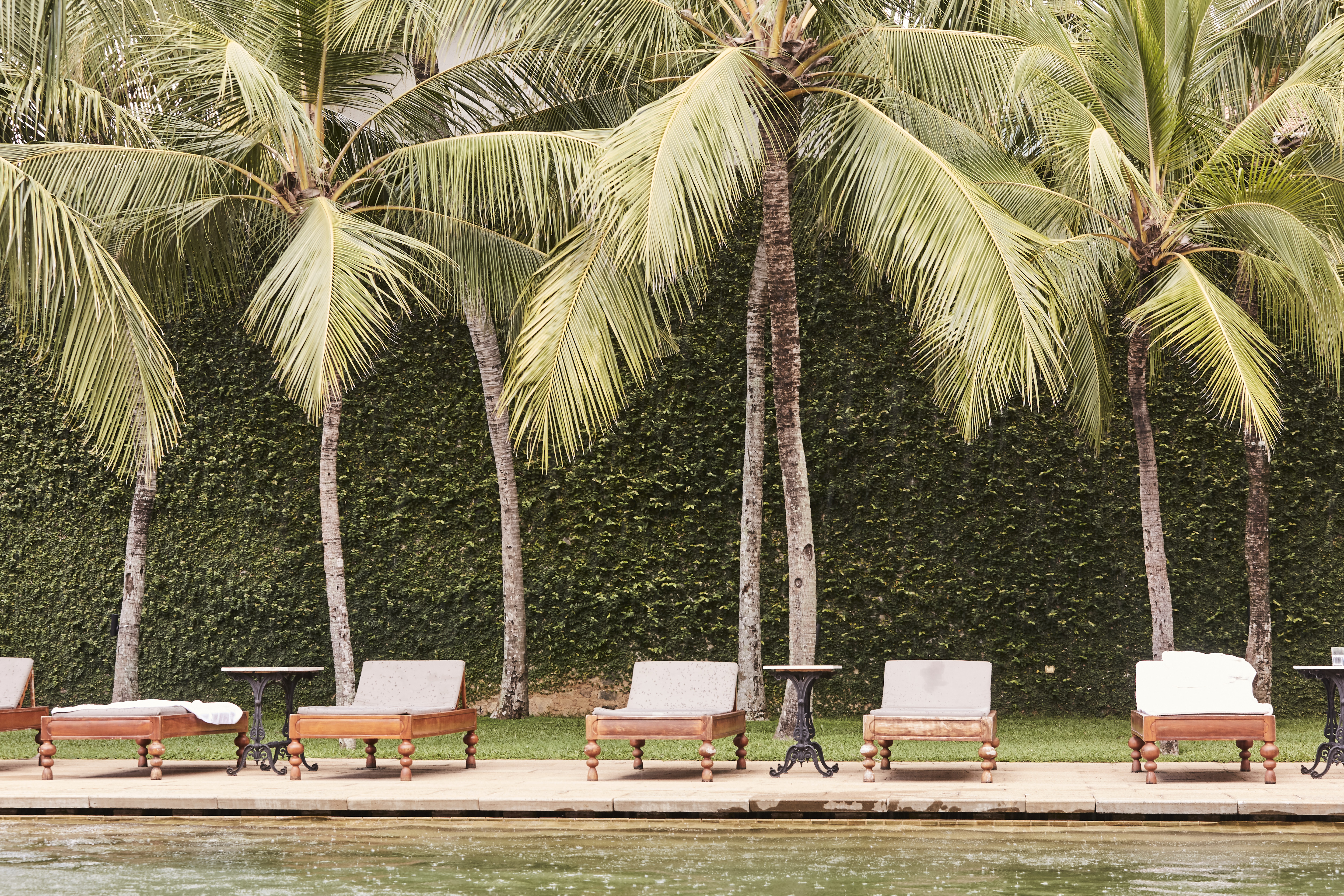 Our two hour drive from the airport took us into the evening, where slowly our jubilation at arriving to this beautiful country was wearing off to travel exhaustion. As the kids assumed their normal ‘sleep wherever I feel like it’ position, I was introduced to the magic of Sri Lanka. We drove through small villages and local towns, along freeways of fields and untouched lands. 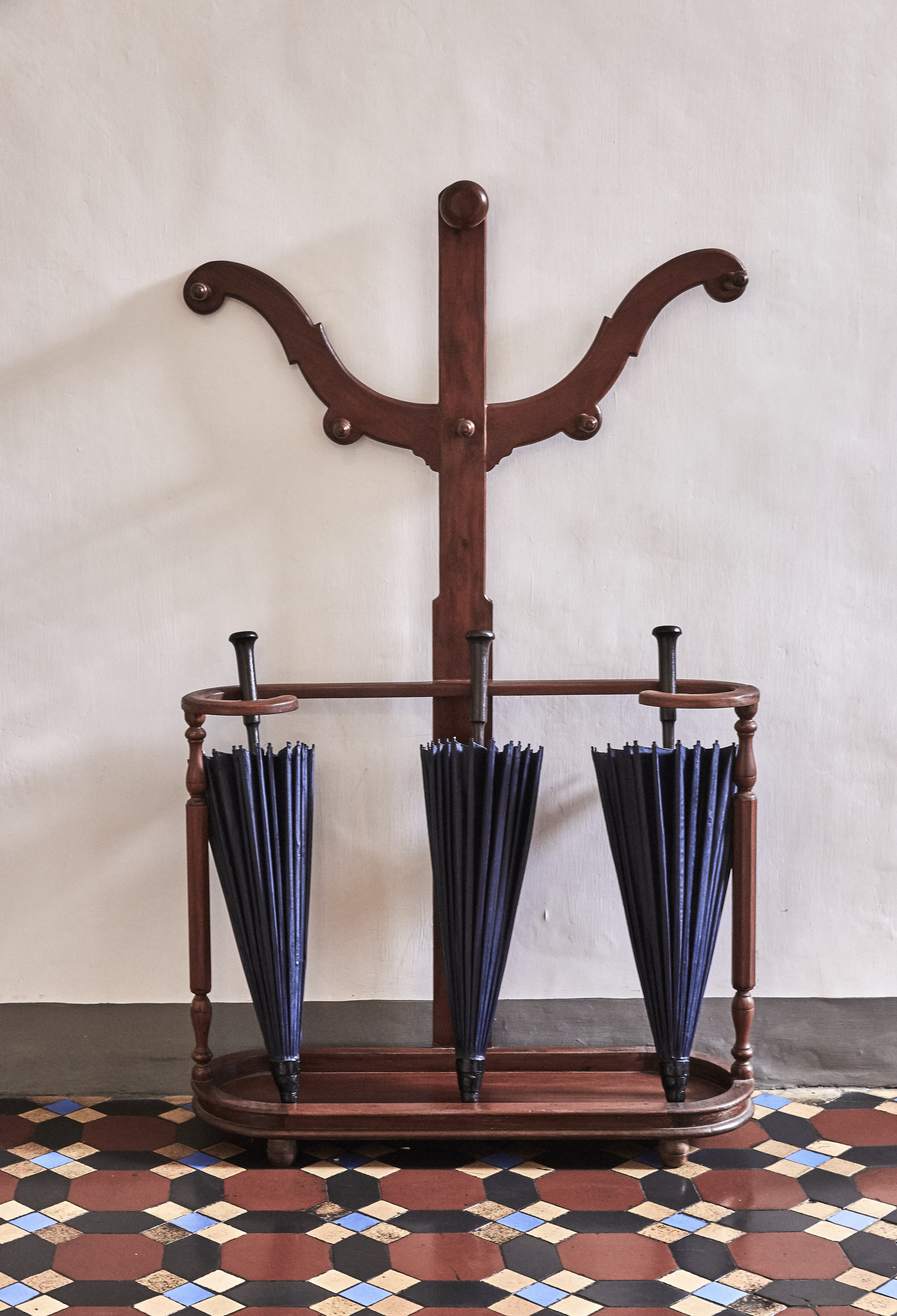 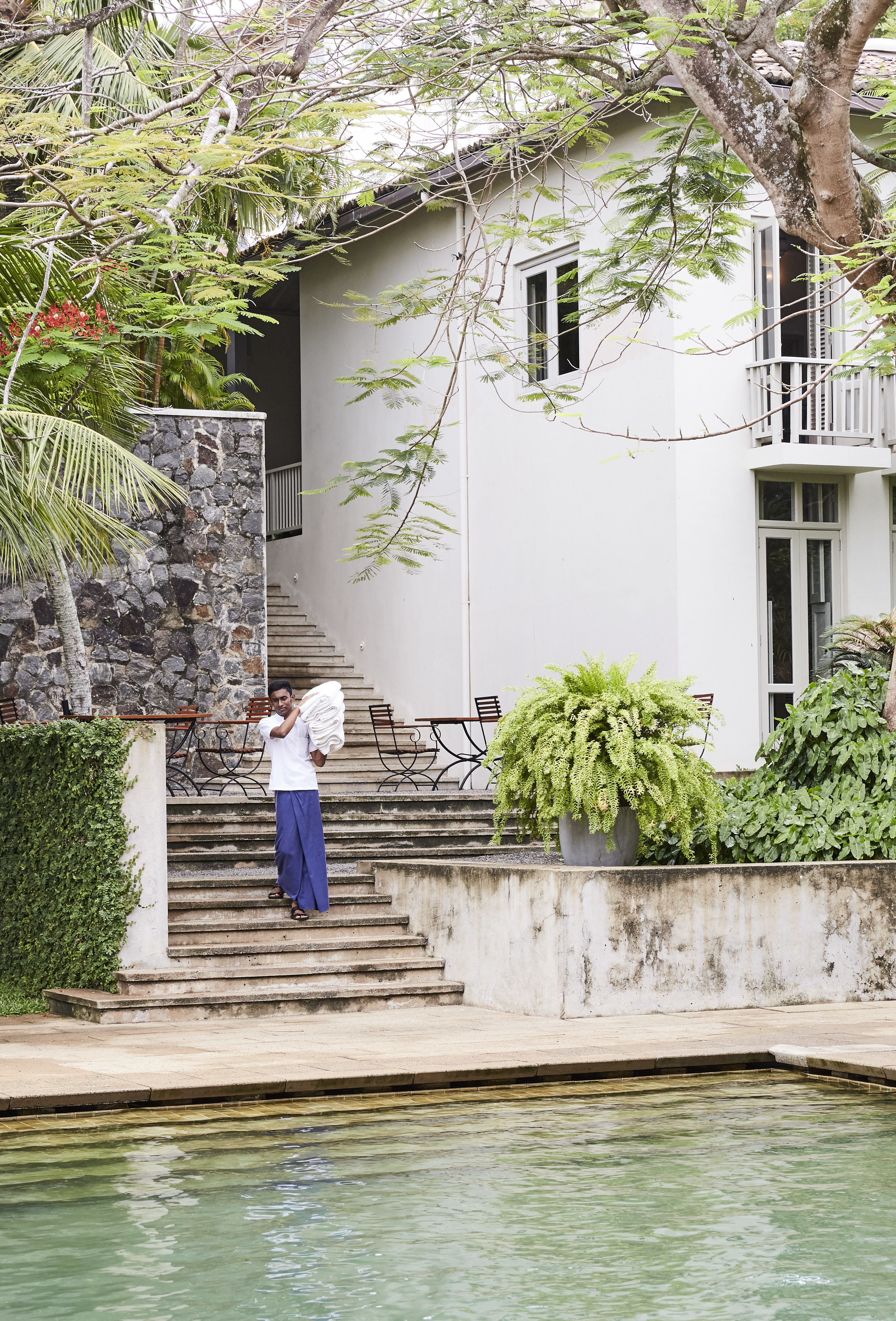 We arrived at Amangalla. We were instantly transported back in time as we stepped out onto the tiled verandah of this 17th Century, colonial style hotel. Even though I was carrying the dead weight of a seven year old child and dressed in my finest long haul ensemble (t-shirt and shorts), the elegance of the evening was not lost on me.

Classical music floated out to greet us (later we would walk past and realise it was a guest who had casually started playing the grand piano in the Great Hall) as did the impeccably dressed Guillaume, the hotel's general manager. G, as we affectionately called him, was in fact dressed in G. That is, Gucci loafers, to be precise, paired with the hotels signature blue sarong worn by all the men. I casually glanced at Sammy to see if this look might be an option but he was quietly being ushered through the arched corridors by Charith, our butler and soon to be friend, who was concerned about getting the children to bed as quickly and comfortably as possible. 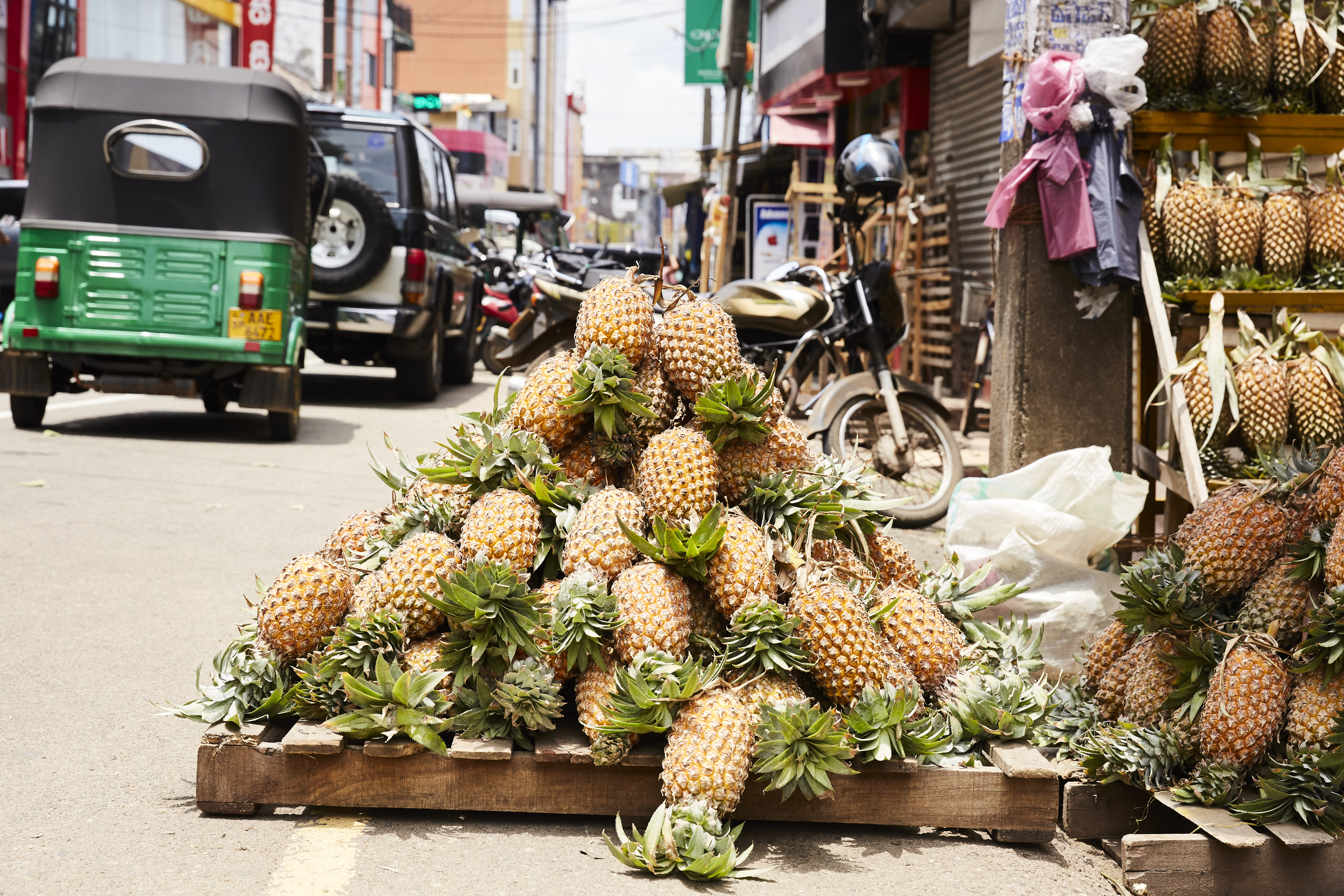 As is the Aman way, our room was decorated to capture a time and place true to the history of what was once The Oriental Hotel. The Oriental was a Dutch-colonial grand dame of Galle (a UNESCO heritage site) for over a hundred years, an exciting stop in the heyday of steamboat travel and it’s not hard to imagine why. Surrounded by period antiques and nostalgic touches, the children slept under the gentle whirring of a high ceiling fan, while Sam and I experienced our very first authentic Sri Lankan meal. A selection of traditional curries made from the days trip to the local market, which would become our daily addiction. 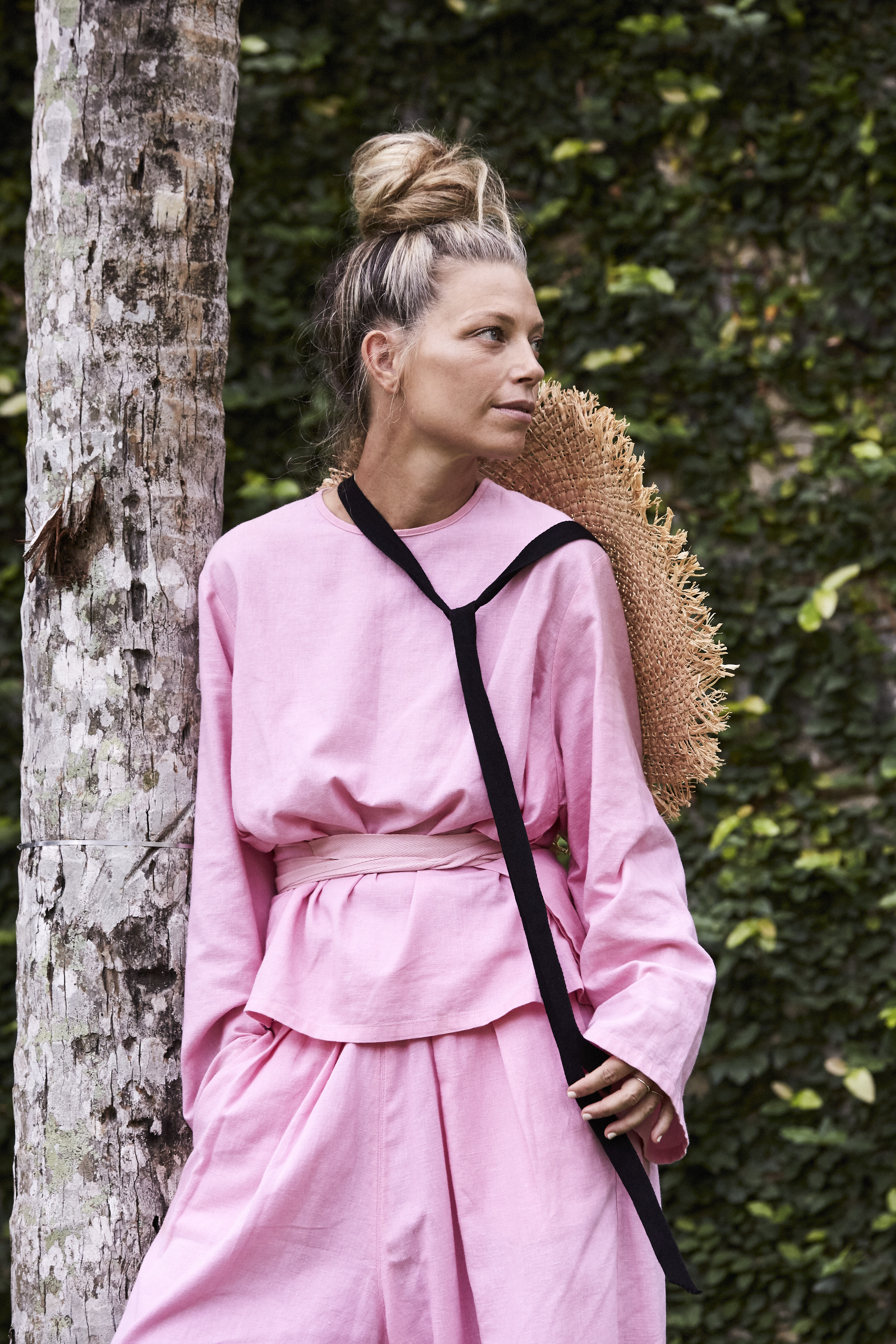 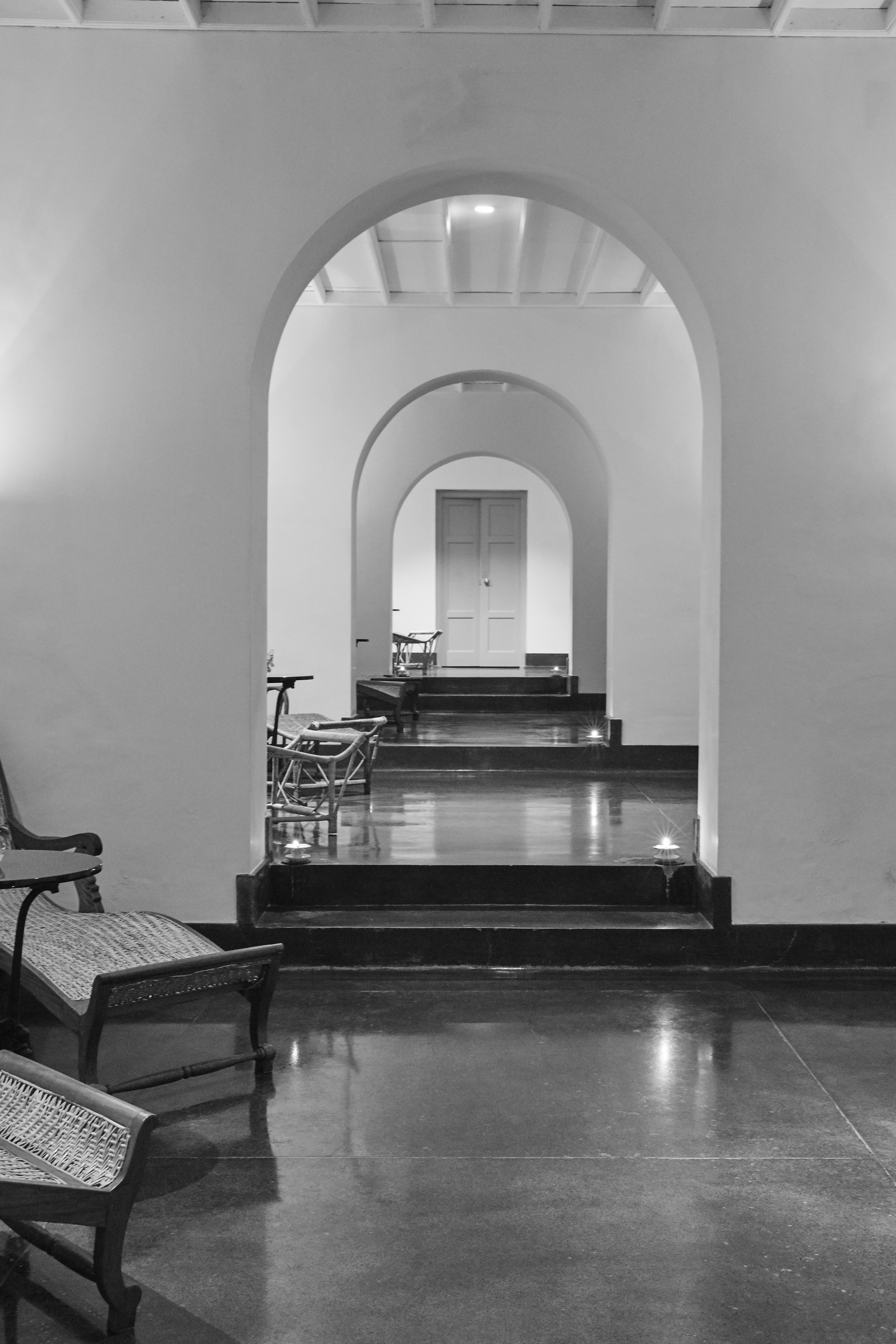 We woke eager to explore our new home, the kids squealing with excitement at the sight of the 200yr old garden beneath our balcony. Picture an elegant oasis of palms and stone terraces surrounding an emerald pool. I too am excited by this but am itching to get out and about in Galle.

As a base, Amangalla is the perfect location to explore the southern peninsula, which can take you from a tea plantation to elephants in the wild. For us, though, we thought it best to stay local. Take it slow and wander through the town, visit the fish and fruit markets, meet the locals and soak up the magic of Amangalla. 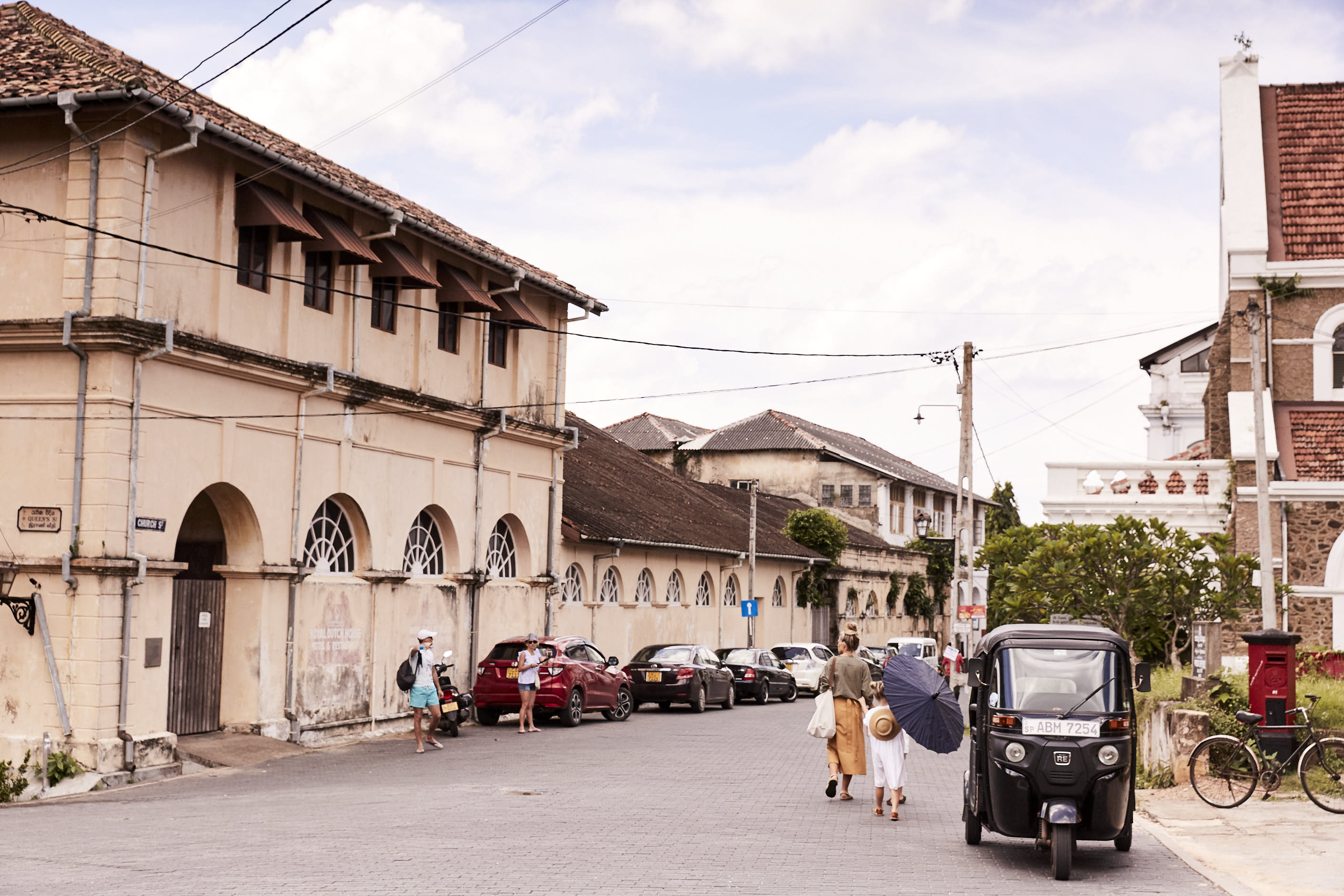 In my haste to explore the Dutch-colonial town, I ignored the temperature of the day and was nicely rewarded with whingy kids and a sweaty everything. If your heading anywhere on foot, plan for early evening or first thing in the morning. Oh and keep an eye on the kids in the Galle Fort, the historic fortress that is the town centre, as the Tuk Tuk drivers are a little cray cray and the roads are small.

Those mornings and evenings we explored, we fell in love with the nostalgic town, walking amongst the cobbled streets lined with rambling old houses and hotels still reminiscent of the 1860’s, talking to the men working precious stones and the women hand looming local dress. And as the sun would get higher each day, we would make our way back to the cool sanctuary of Amangalla where we would sit on the verandah for scones and Ceylon Tea to watch the world pass by. 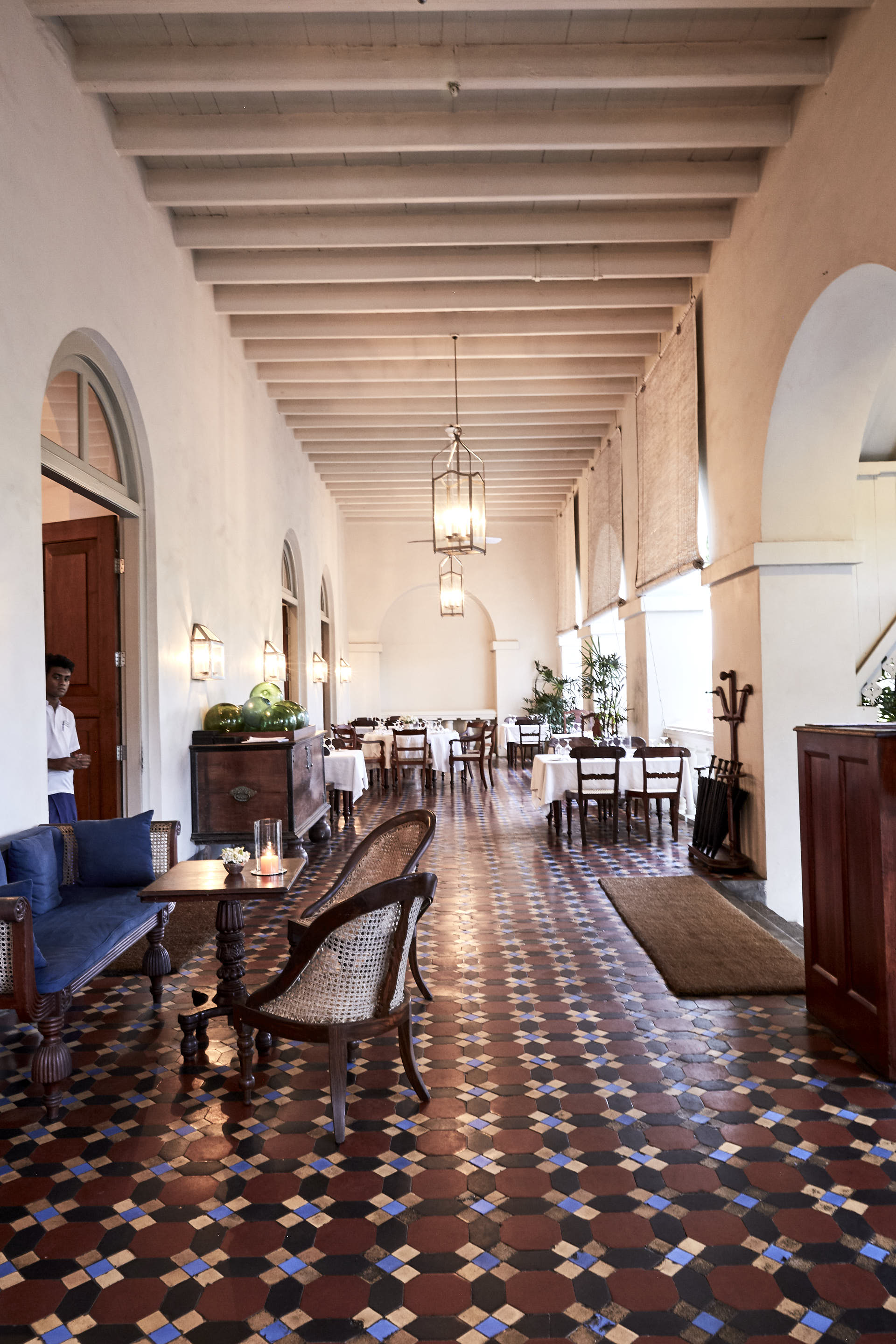 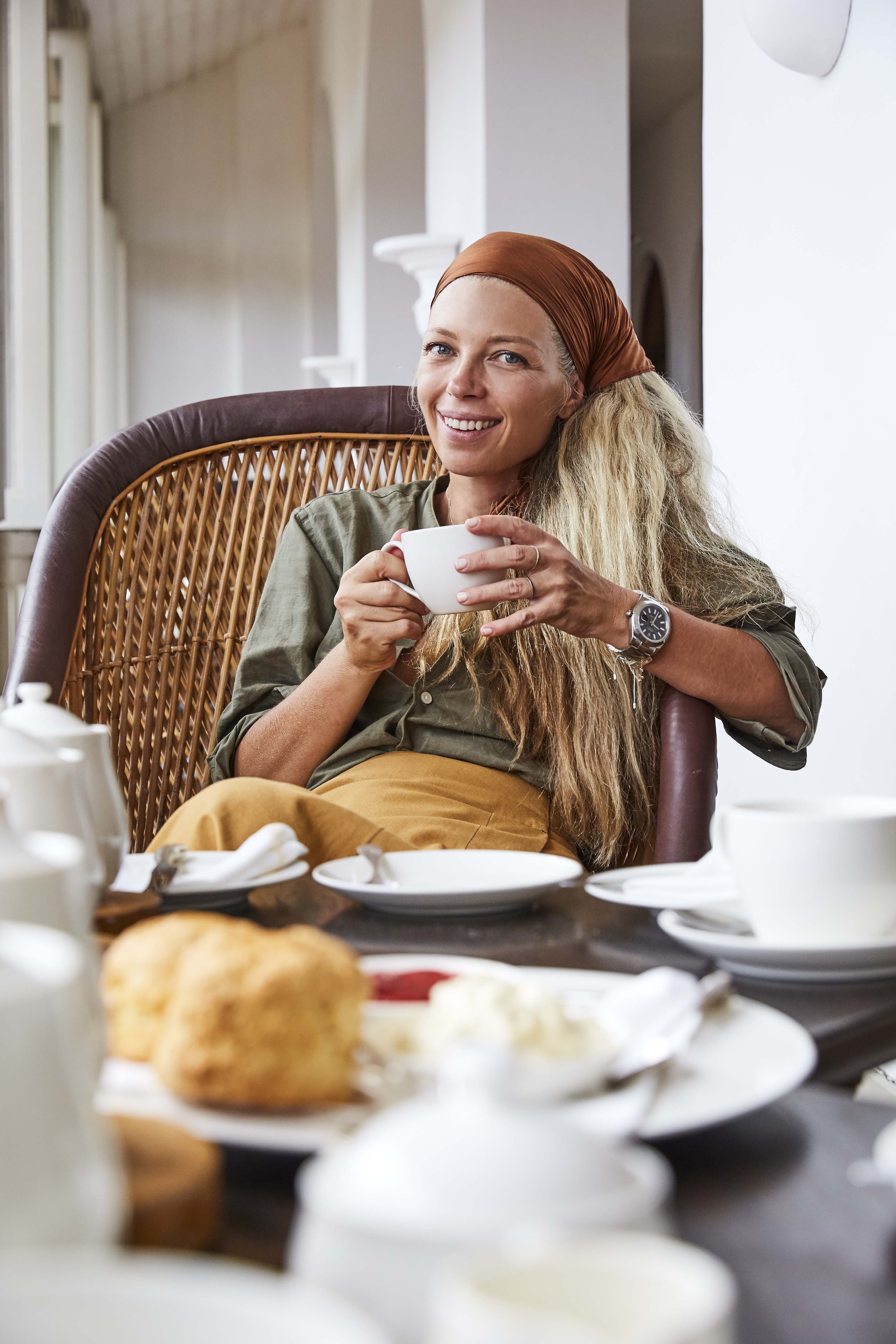 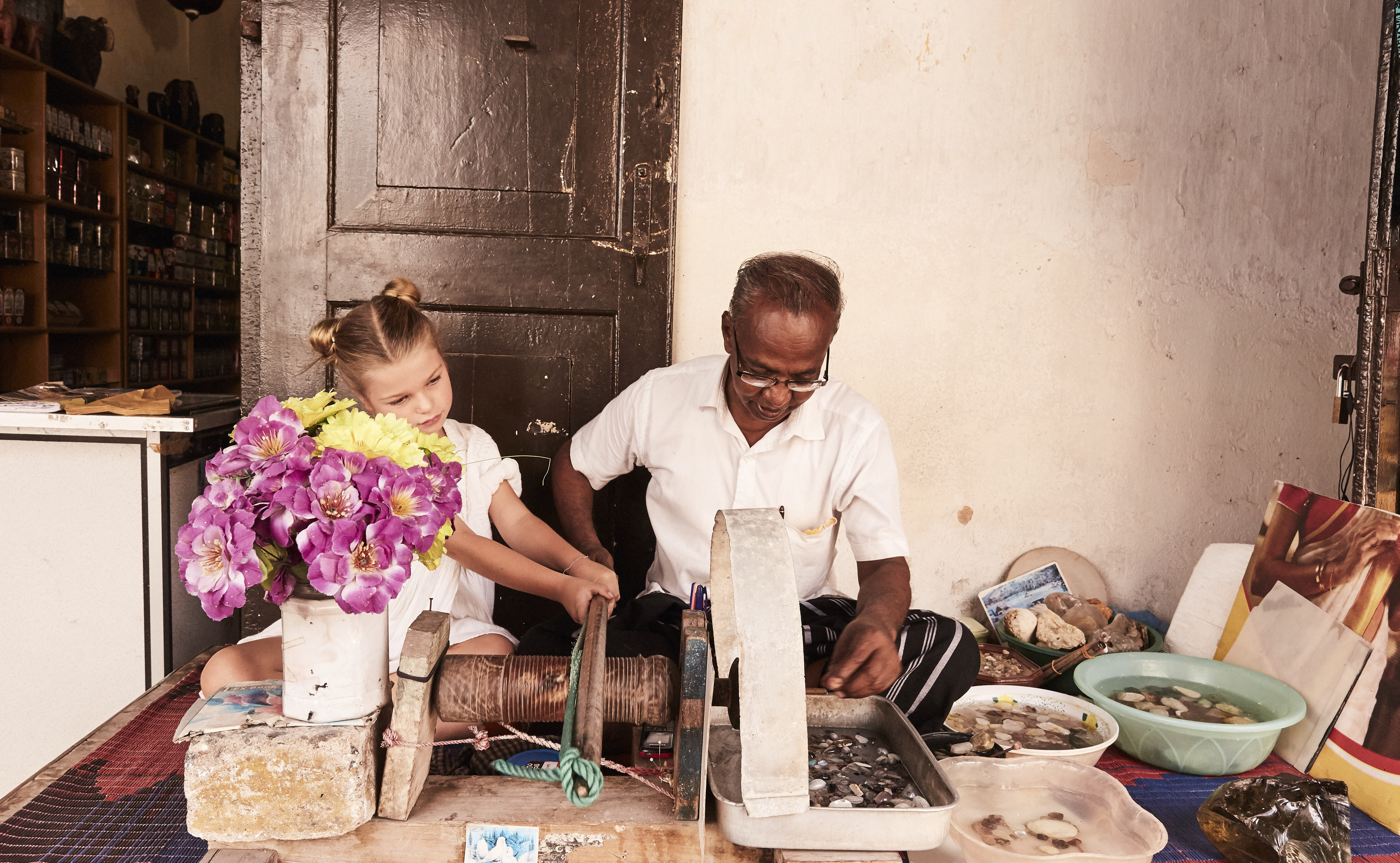 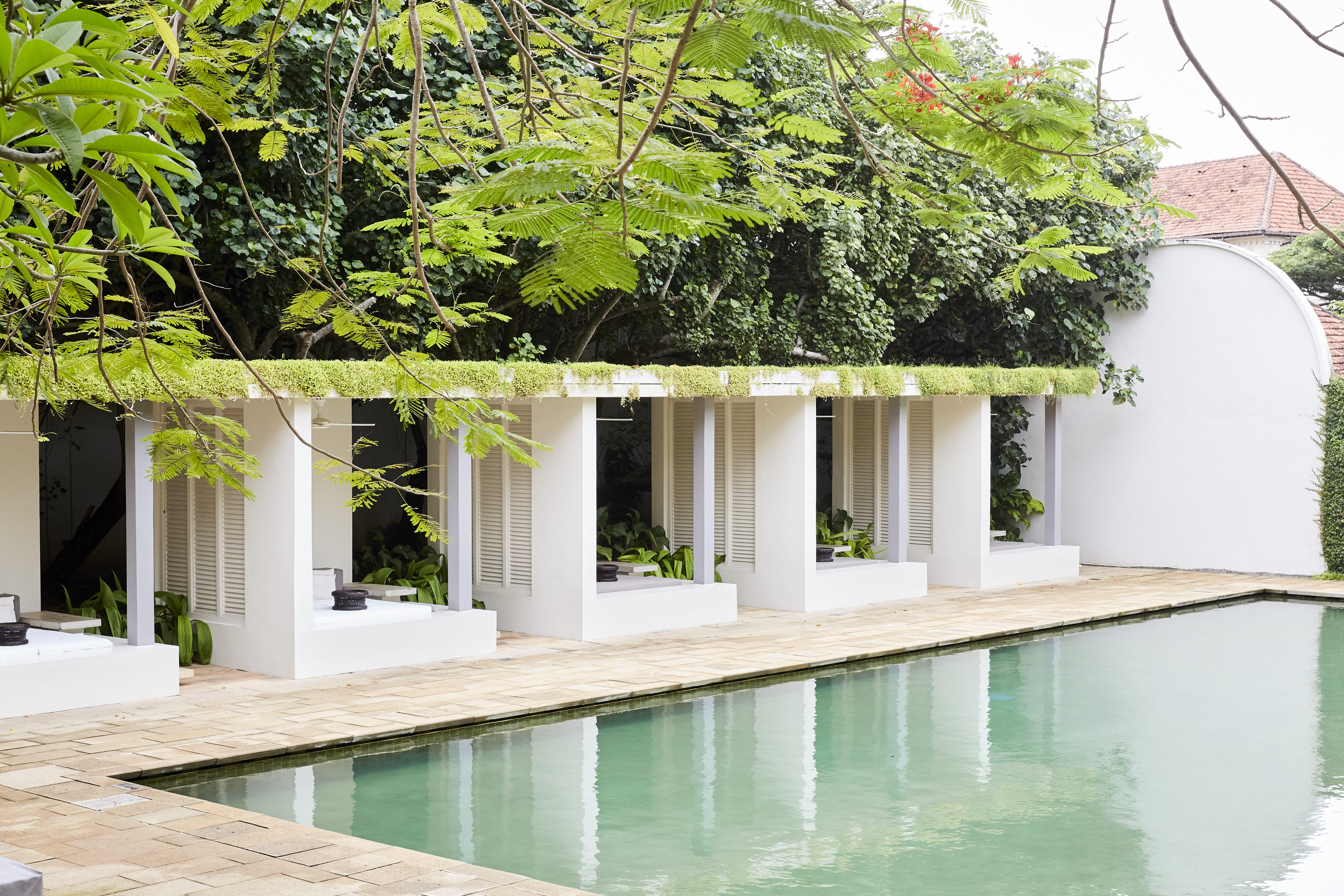 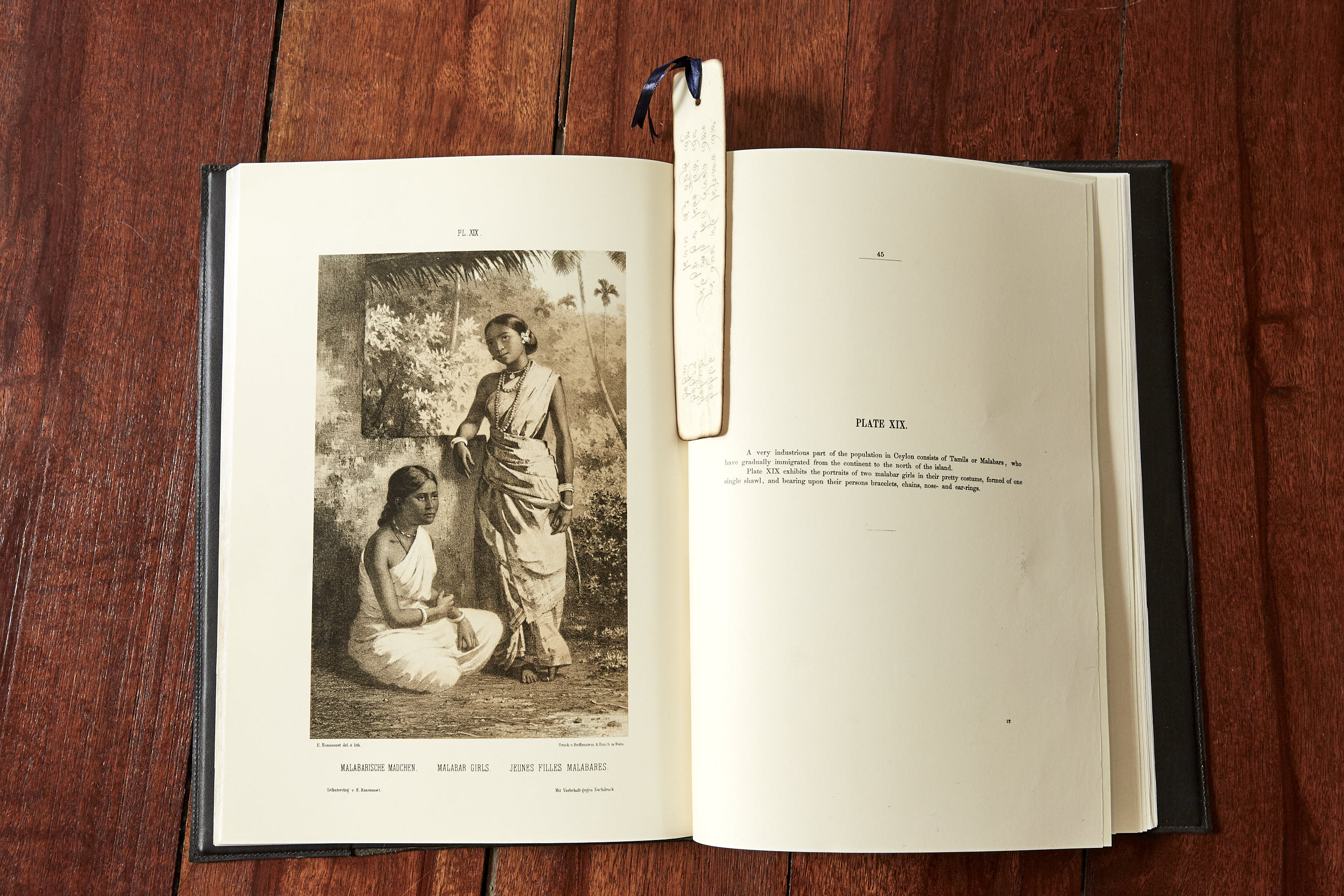 The hotel is famous for its resident Aruvedic doctor and wellness retreat with five treatment rooms, each including a personalised combination of massages, anointments, reflexology and scrubs. Not to mention hydrotherapy suites, saunas and steam rooms and an entire pavilion dedicated to yoga practice.

Locally, we fell in love with the ethically sourced sarongs and fabrics at Barefoot. In and around the Fort there are hundreds of street stalls so make sure you avoid the tourist trap of buying items that do not support local trade and that harm to the local environment and wildlife. 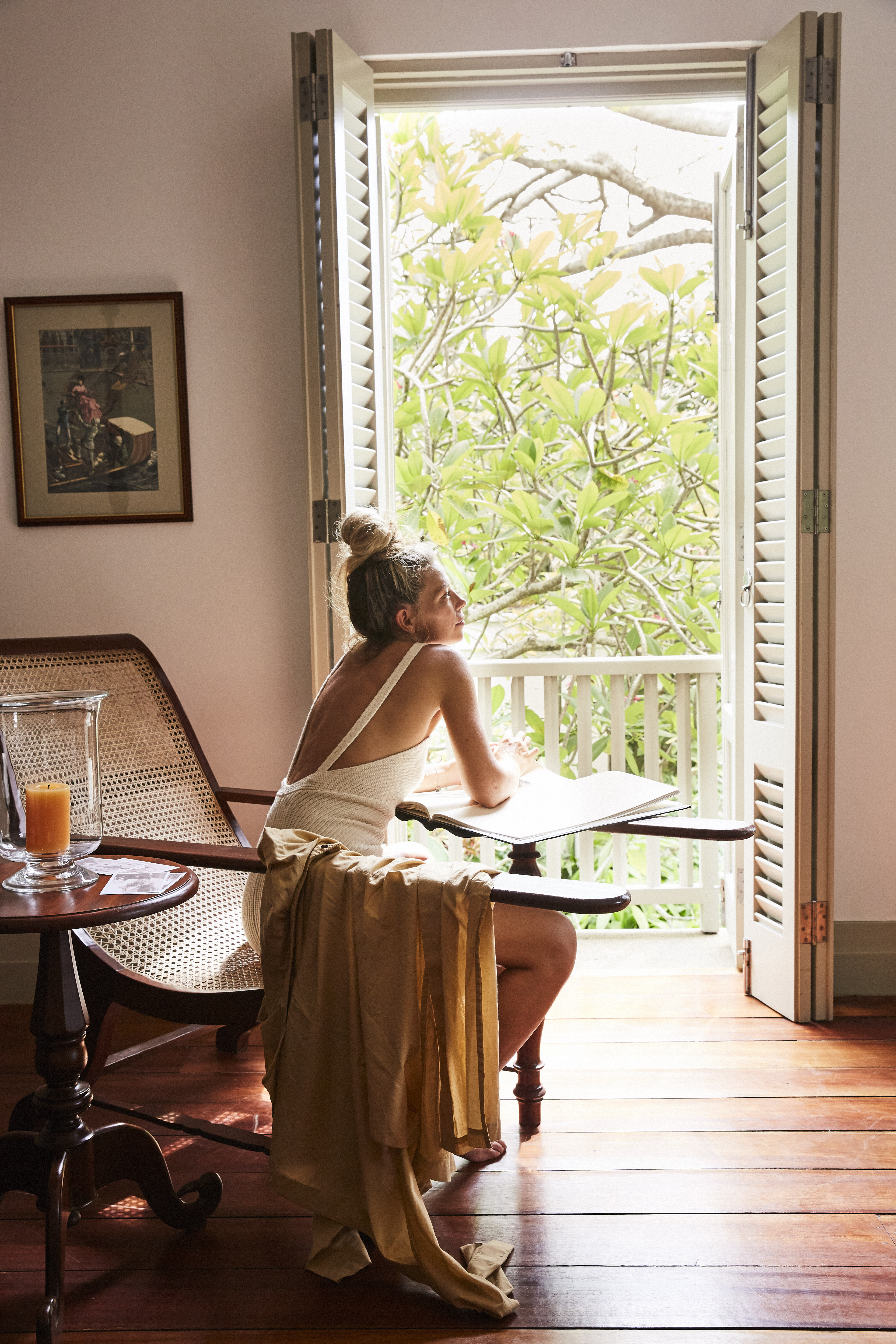 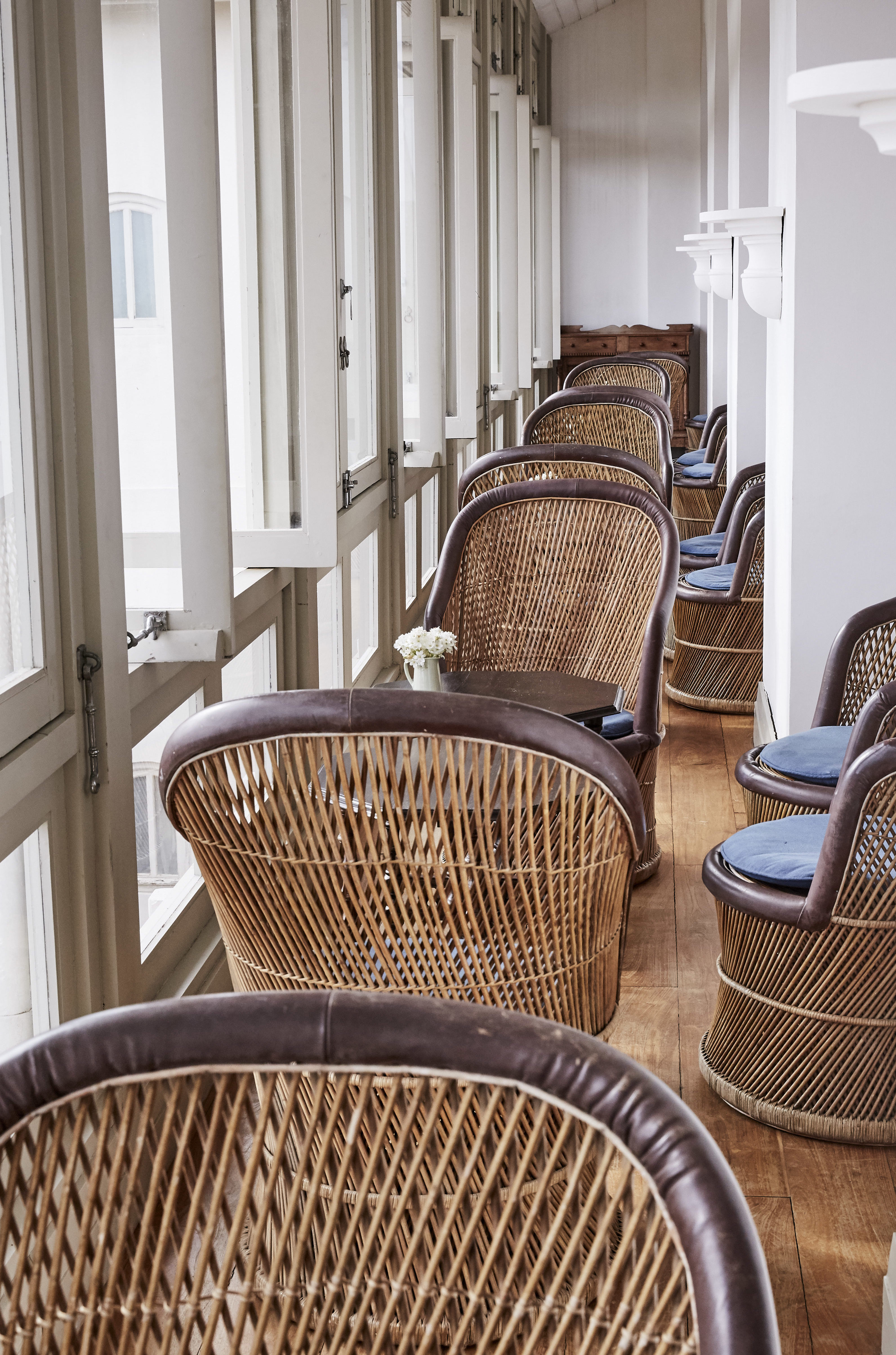 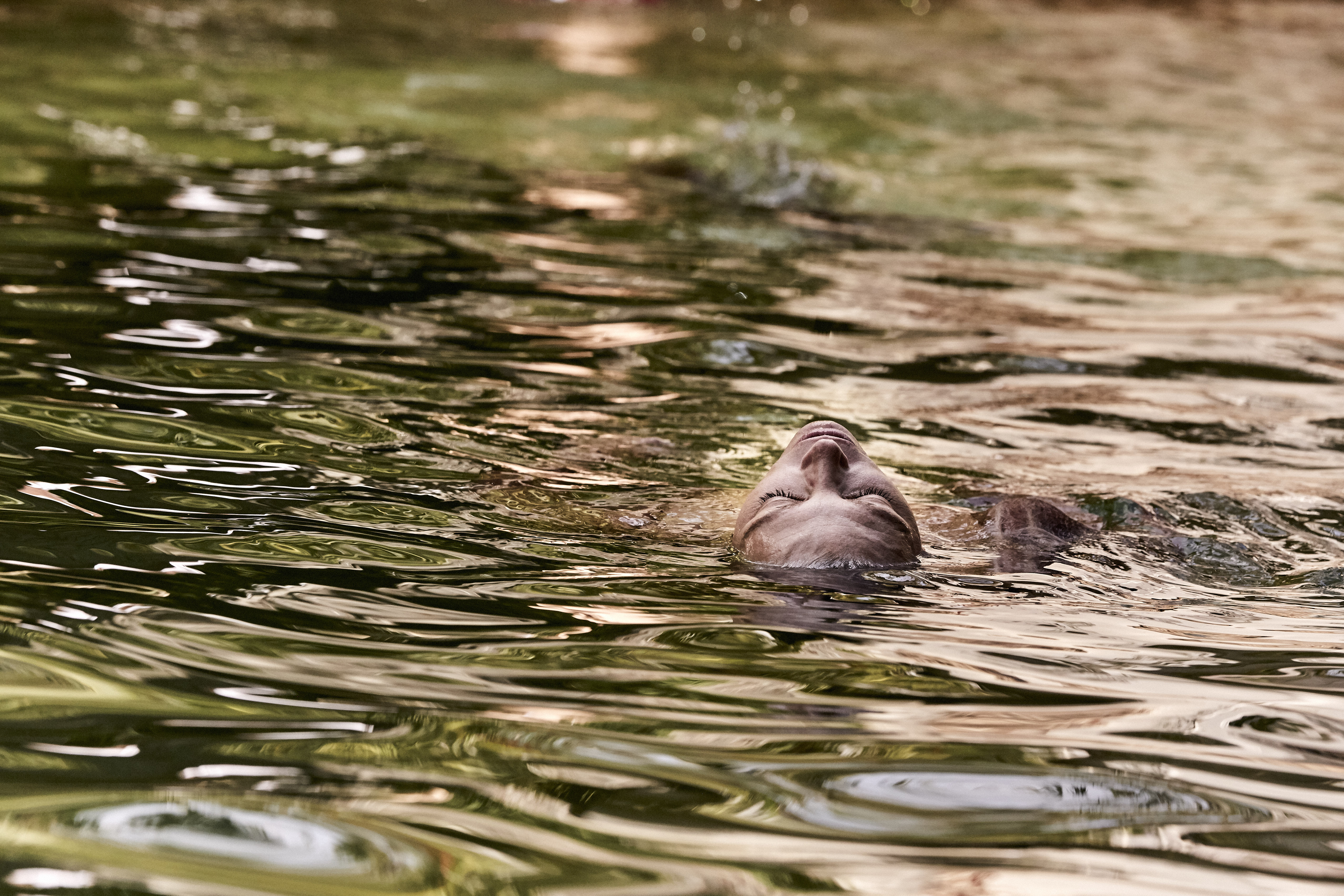 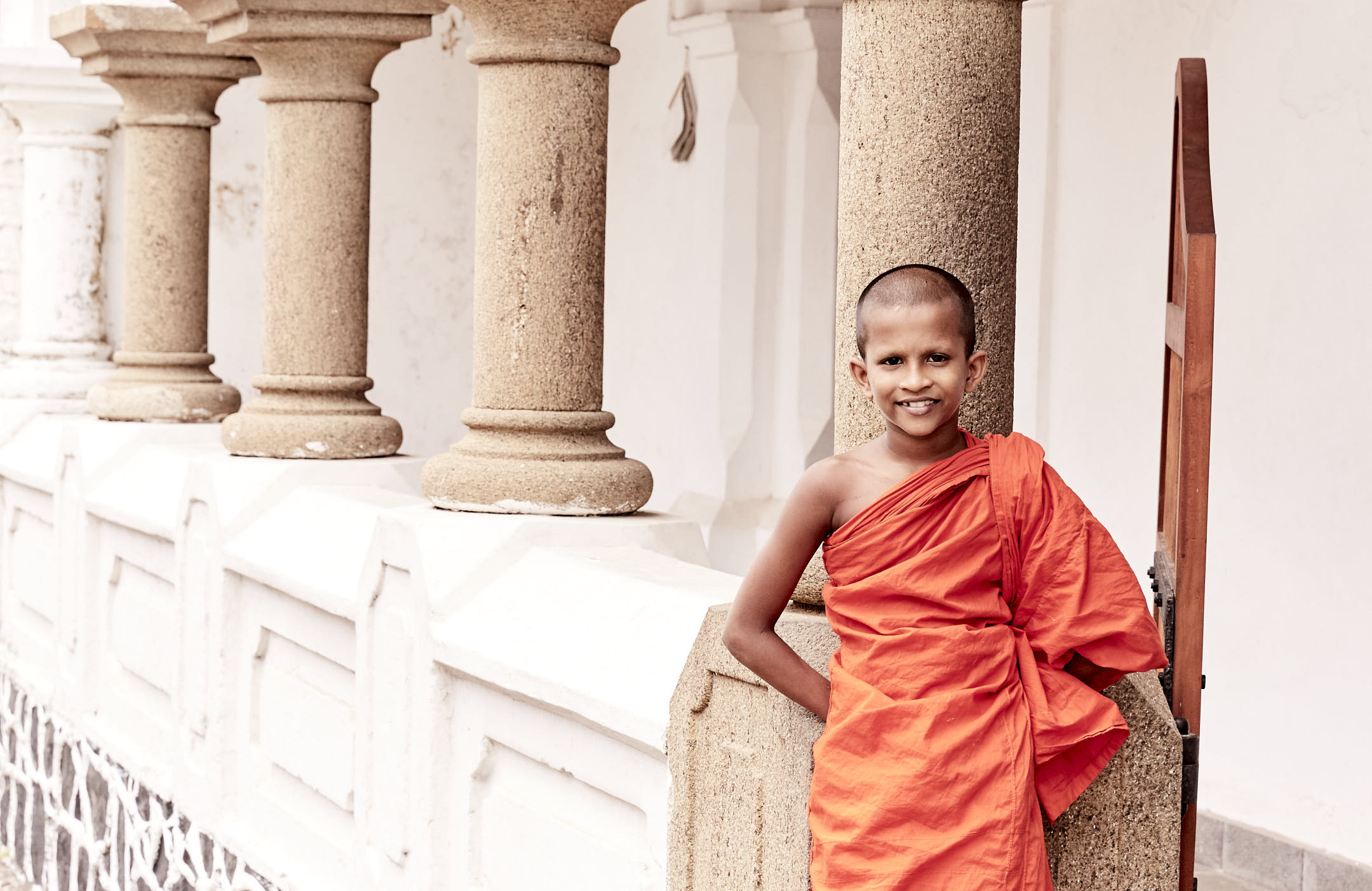 Early evening cocktails on the balcony is a must, not only for the thirst quenching selection of Sri Lankan bellinis and sours… but it’s a chance to mingle with other interesting guests and the beautiful people that work there.

The hotel restaurant, aka the Dining Room, serves you from a traditional pavilion, or by candlelight around the pool. The Sri Lankan curries are spice-full and incredibly flavoursome, pair it with roti, their flatbread, for a rounded local food experience. For a change of scenery make time for dinner at The Fort Printers, a short walk from the hotel. It’s an intimate feel restaurant and if you book make sure to ask for a courtyard spot. 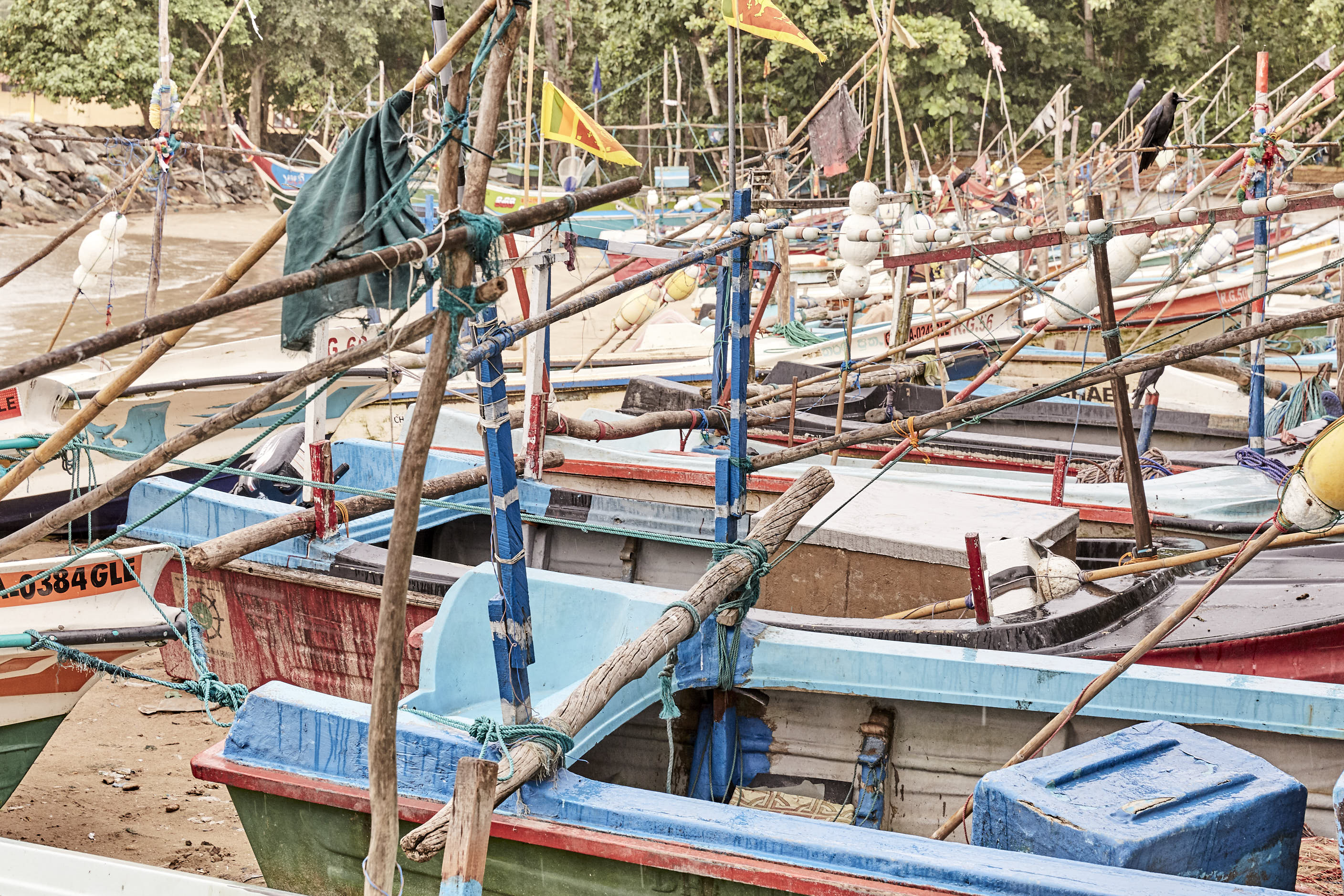 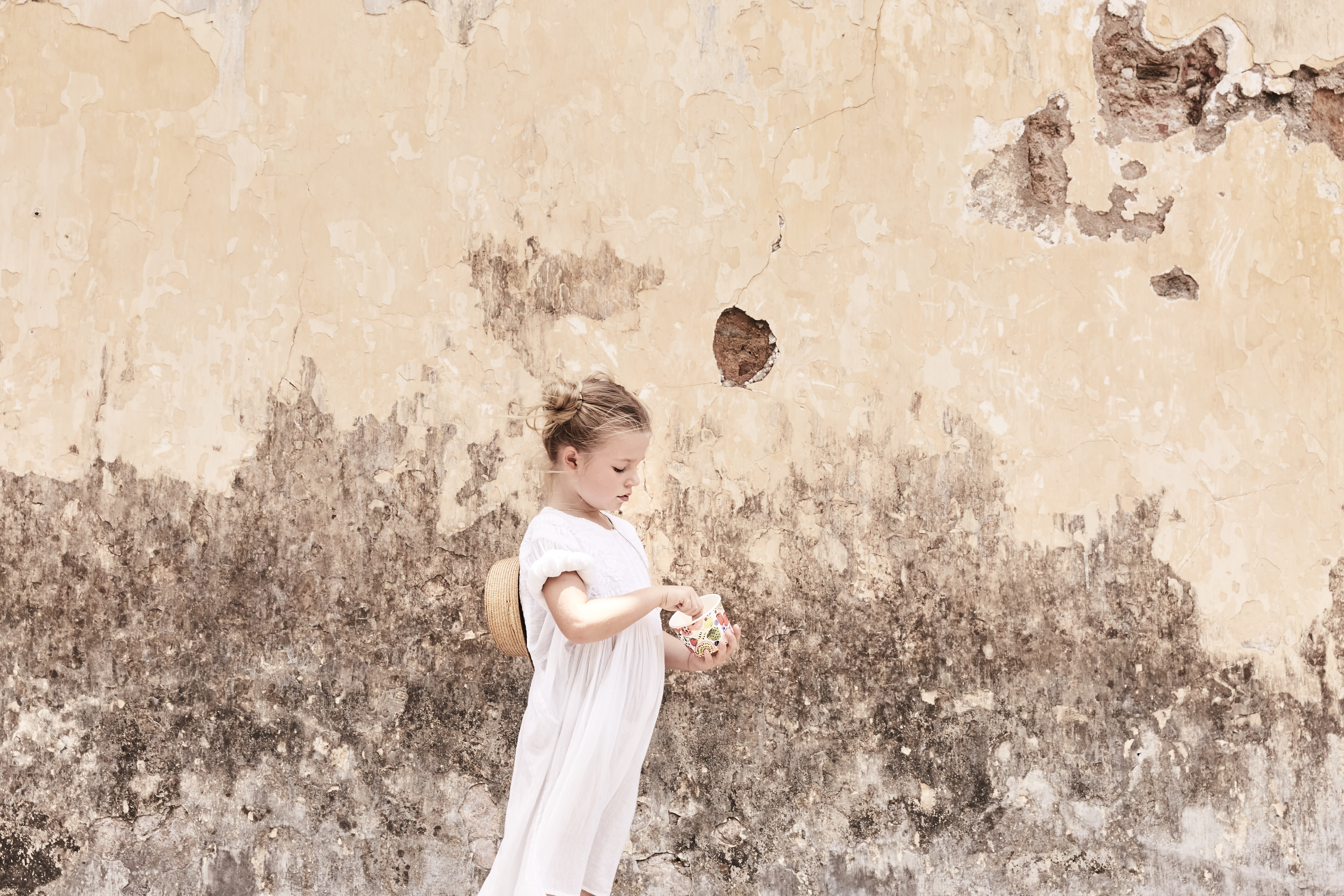 Little gifts are left nightly on your pillow from local artists. Hand carved wooden tuktuks, sepia toned postcards and tea stained bookmarks. It’s something really special for the kids to wake up to.

No doubt Amangalla has a feeling of grandness but, at the same time, it’s not precious and the people that work there truly love the sound of children laughing and playing amongst the halls and gardens.

The best time to visit Galle is Spring, which is February through April. You will see whales and dolphins between December and April but it’s best to wait and avoid the hottest months. If the heat isn’t for you, try going in October or November, after the monsoon season. 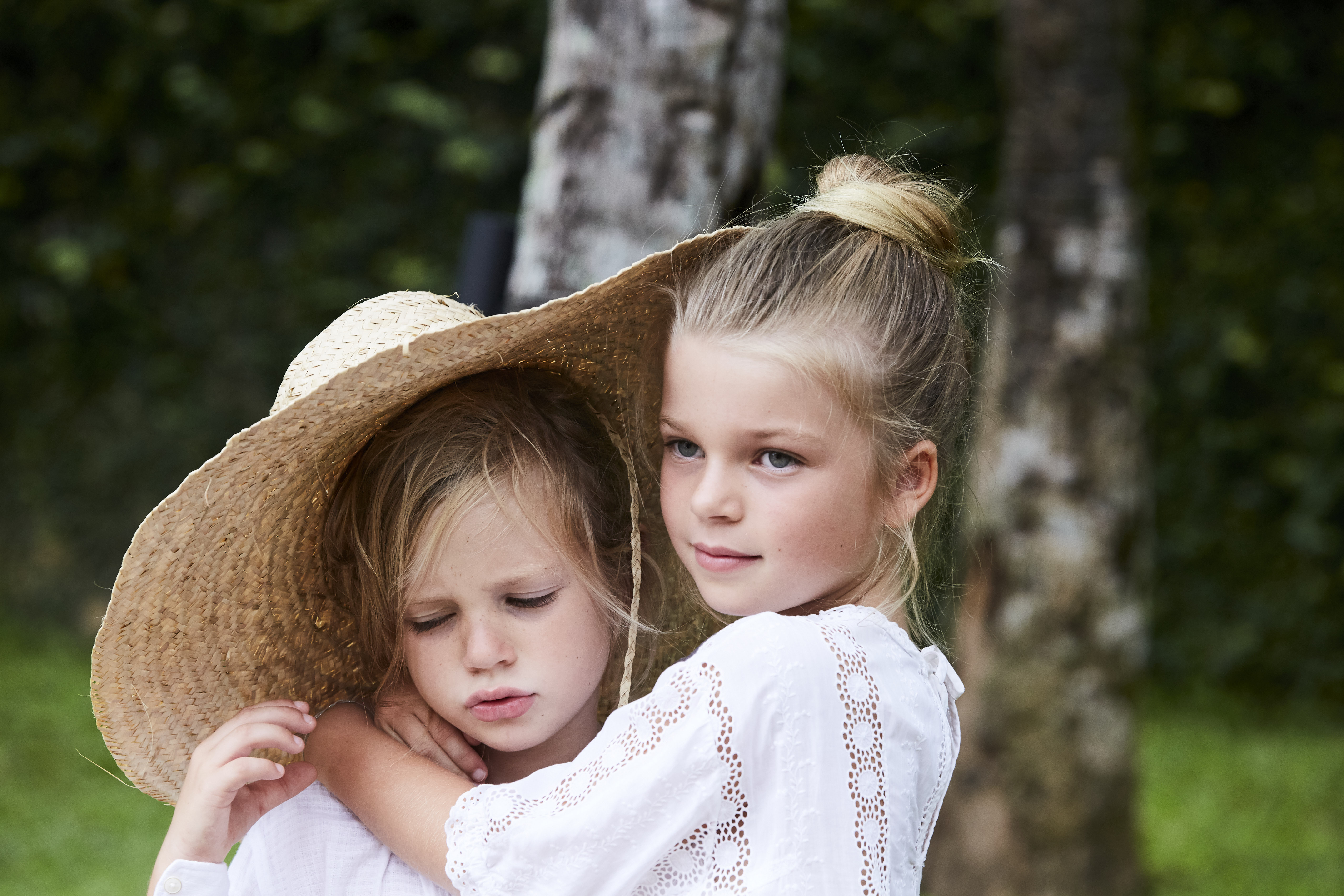 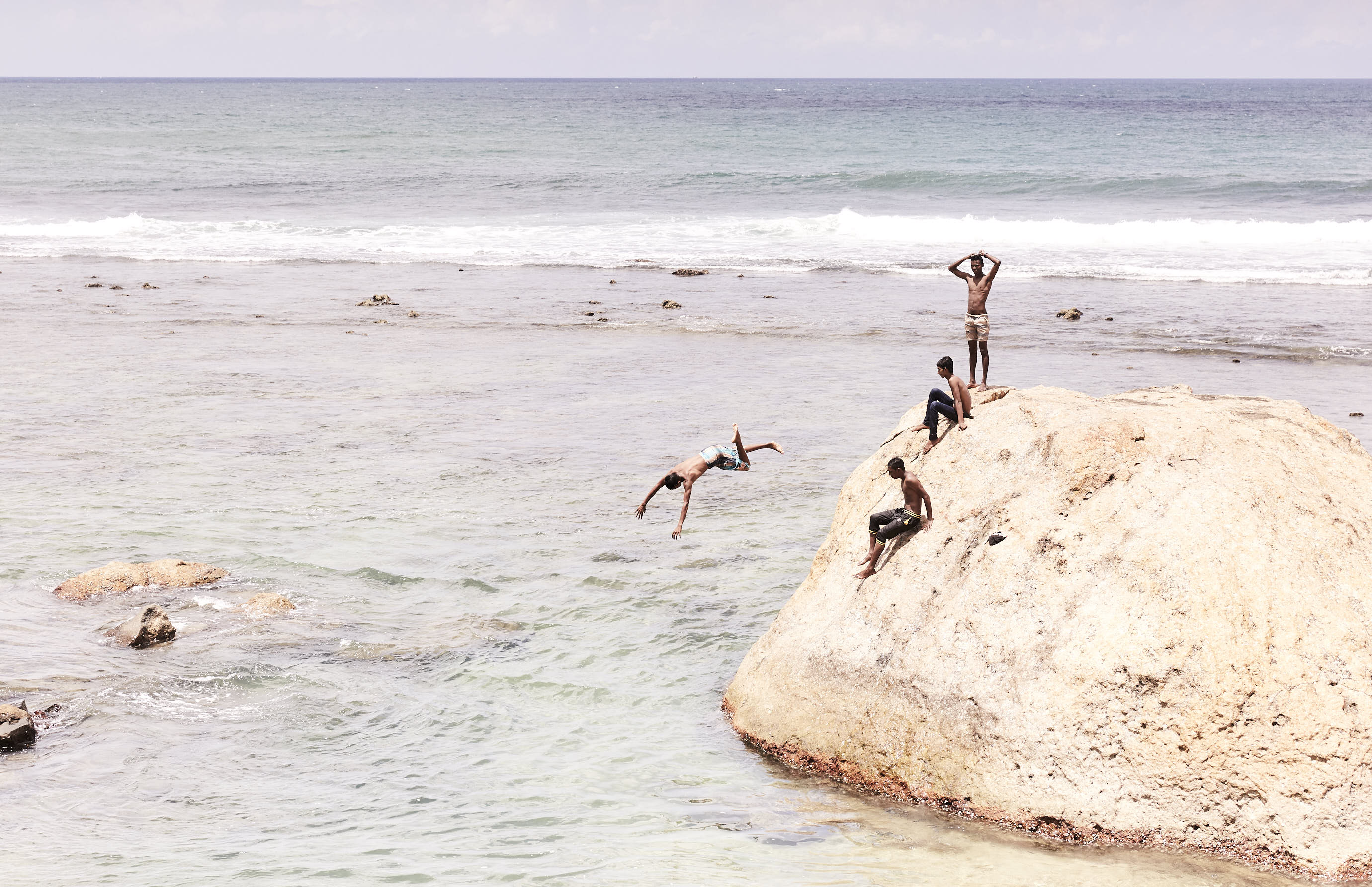 Special thanks to the Guillaume, Upeka, Charith, Haraisth and the rest of the Amangalla team who made us fall in love with this beautiful country.

Book your stay at AMANGALLA here 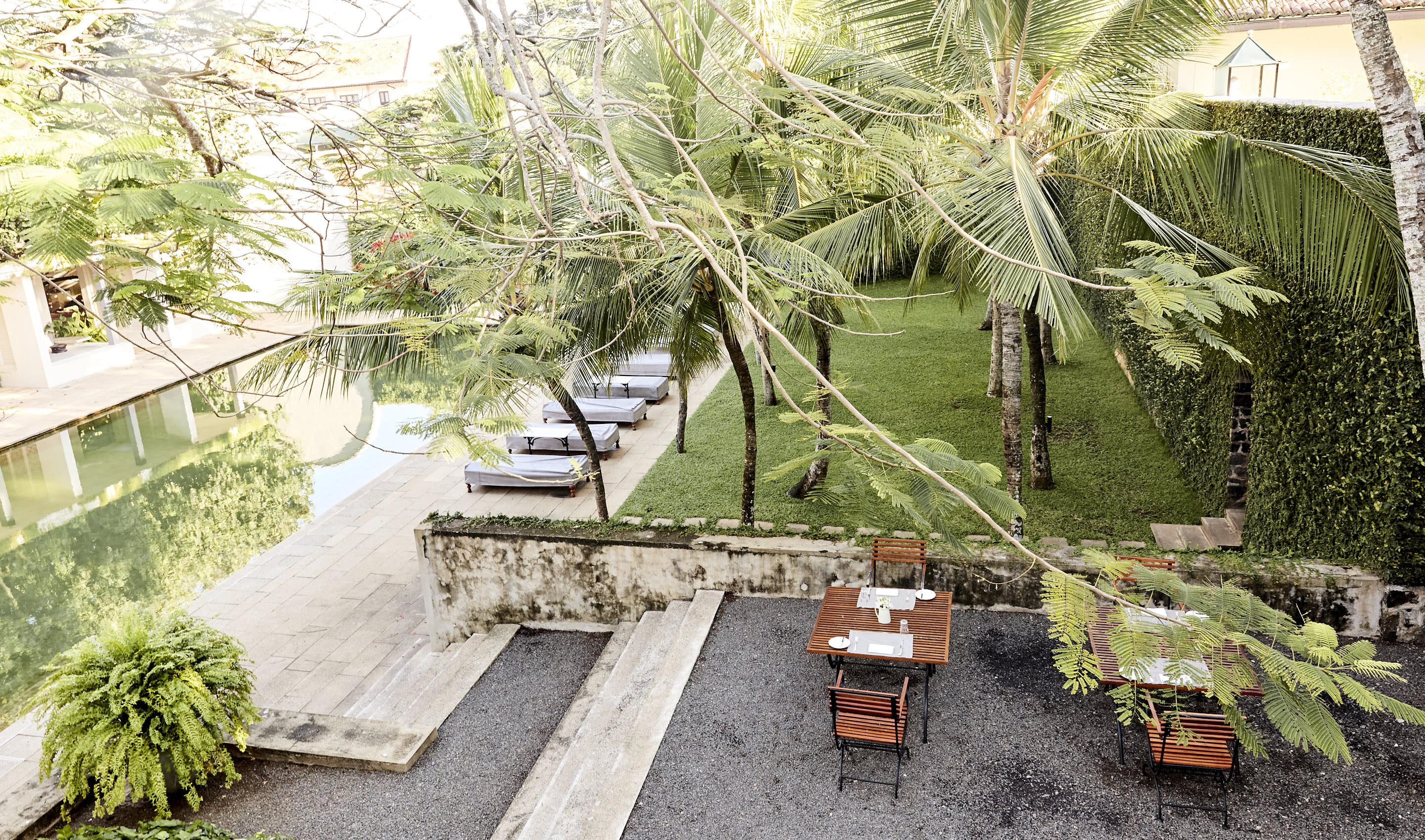